Most of us are not financial geniuses, but we all know the difference between wealth and debt.

Money and police are two words not normally associated with building wealth; however, police salaries have vastly improved over years past. There are few careers that offer a starting salary better than that of a new police officer. It’s a good start, but it’s up to you to make the best of it from there on.

I began my career when the money for police was pretty awful. I joined a police department that was incredibly efficient, but the opportunity to earn overtime was practically nonexistent. To make matters worse, the national economy was plagued with high interest rates and inflation. The years passed, and I ended my career in a better paid, but far less efficient, police department. However, the availability of overtime was endless.

You can quantify financial comparisons, but it’s more difficult to make qualitative judgements when it comes to money. Financial issues and circumstances beyond your control can change on a dime – pun intended. Police work is the closest job you’ll find to being recession proof, and there’s one simple reason. Without police officers, society would cease to function. 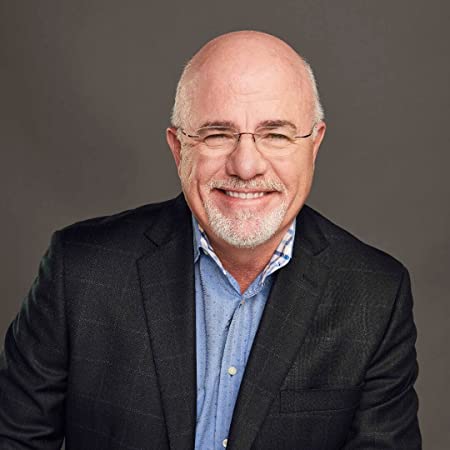 Dave Ramsey (ad) – is a national bestselling author and finance expert. He is host of The Ramsey Show heard by more than 18 million listeners each week. Dave has authored seven national bestselling books including The Total Money Makeover, EntreLeadership and Smart Money Smart Kids. He has appeared on cable and network programing. Since 1992, Dave has helped people regain control of their money, build wealth, and enhance their lives. He also serves as CEO for the company, Ramsey Solutions.

Generally, those who choose a police career can be categorized into two groups or mindsets. The first group genuinely wants to do police work, and the second group is just looking for a job. Any job will do, but the police starting salary overcomes reservations they might have about the job. Money is important, but your reasons for becoming a police officer should be varied. You should not choose a police career for just one reason.

Police departments are the same in that they have the same mission, but they differ when it comes to money. Consider two small police departments equal in size. One serves a wealthy jurisdiction, and the other serves a community with a lower per capita income. The police salary for the latter department will be less than its wealthier neighbor, but it may have other advantages. Choosing a police department should be done through a holistic analysis, because financial advantage can be affected by many factors.

Suze Orman (ad) – has been coined America’s favorite financial advisor by The New York Times, and “a force in the world of personal finance.” USA Today refers to her as a “one-woman financial advice power house.” Suze is a #1 New York Times bestselling author, and she is a two time Emmy Award winner. She is the host of the popular Women & Money podcast, and she is a magazine and online columnist. Suze Orman is one of the top motivational speakers in the world today, and she is undeniably America’s most recognized expert on personal finance.

Positive Net Worth is the Goal

Youth is a great advantage for a new police officer and the younger the better, but youth has its drawbacks. The primary drawback is youth’s feeling of indestructability, and the second is youth’s foresight regarding money. Regrettably, hindsight is not foresight. You don’t want to reach the end of your earning years only to find yourself with negative net worth.

Financial planning is complicated, because there are so many factors affecting your wealth building efforts. If you subscribe to the rational that money unspent is useless, you’ll be doomed to financial stress and crushing debt. From the very beginning of your career, you should develop your own program for saving and debt management. It doesn’t have to be complicated, and you’ll become more knowledgeable and sophisticated as time passes.

At some point, you’ll realize that you’re earning more money than you’re spending. As your net worth moves into positive territory, you’ll be amazed how fast that net worth will grow. “Living within your means” may be a cliché, but it’s a time tested truism. Most of us are not financial geniuses, but we all know the difference between wealth and debt.

Career Police Officer is an Amazon Associate and receives commission on qualifying purchases.

Find schools and get information on the program that’s right for you.